Matthias Z’brun just finished his master’s thesis. The goal of his master’s thesis was to investigate how, when, and when not ratings and trust inferencing in social networks force good behavior of suppliers and consumers in two-sided online markets. To this goal, he applied game theory, particularly evolutionary game theory, to define and run different experiments (games) of two-sided online market configurations as multi-agent simulations. He tested different well-known behavior strategies of suppliers and consumers and the effect of ratings and trust inferencing in social networks.

In conclusion, ratings and trust inferencing are necessary but not sufficient to enforce good behavior of market participants and therefore establishing healthy two-sided online markets. Some bad behavior strategies can be eliminated. Nevertheless, additional approaches have to be considered target the remaining bad behavior strategies.

People can adapt different behavior strategies in online markets to maximize their benefits. They can cheat or play fair. Assuming rational behavior, people adapt the most beneficial behavior strategy. The question is: if and how adding ratings or trust inferencing to the game might enforce good behavior of market participants. In the following, the various behavior strategies are listed (taken from the master’s thesis):

Each experimental setting consisted of agents following either the cooperative behavior or one selected bad behavior strategy. Further, either rating, trust inferencing in social networks, or none of both have been available for the agents. Each experimental settings has been simulated multiple times and consolidated to get clearer results. Please note that the consolidation of the experiments may lead to misinterpretation of the consolidated results as you will see in the following.

In the following, the real-time multi-agent simulation is presented. The x-axis specifies the number of game rounds for the evolutionary game. The y-axis specifies the relative distribution (in percent) of bad behavior strategy among the suppliers. In other words, the higher the curve, the more suppliers apply bad behavior. After each round, suppliers could either stay with their current behavior, or apply the behavior of a random supplier. As you see in the following, without rating or trust inferencing, all suppliers will adapt bad behavior to maximize their benefits. Ultimately, this leads to a broken market. 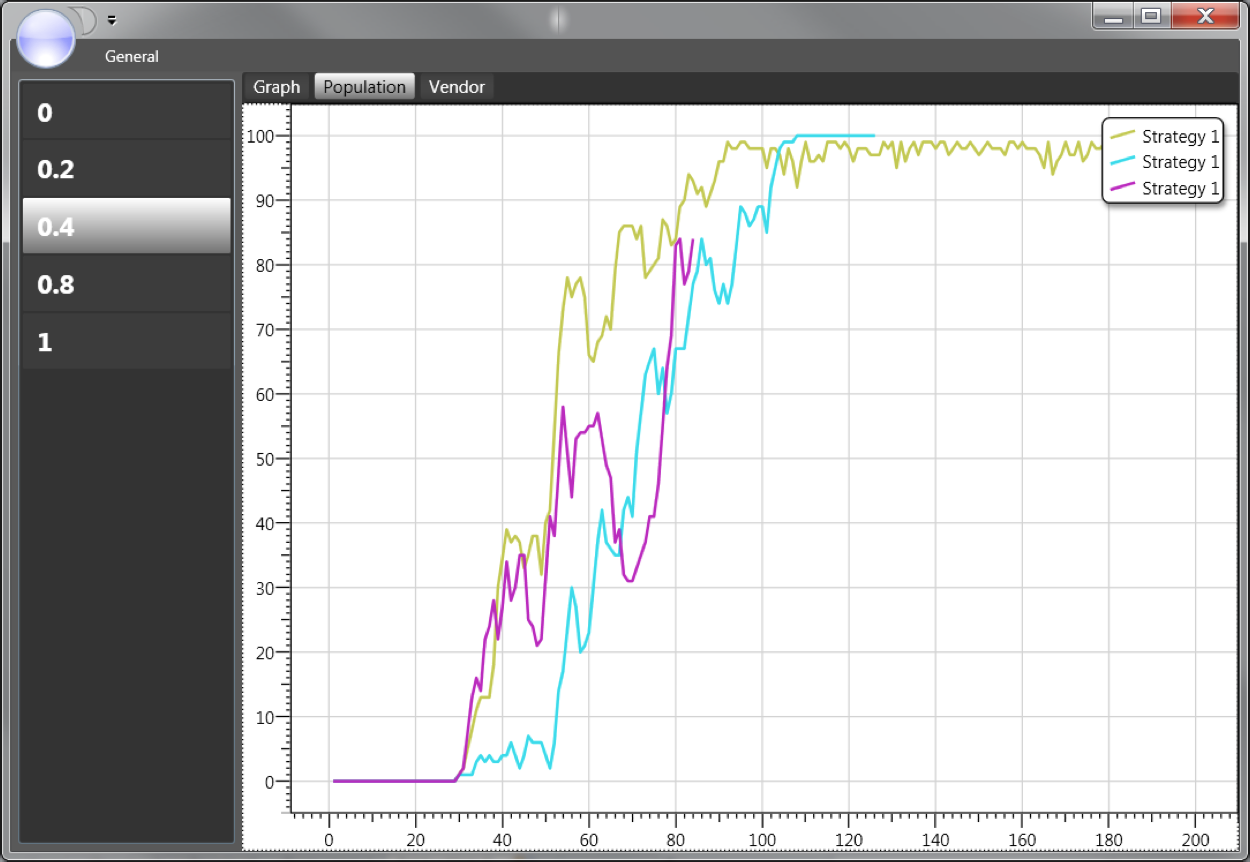 Multiple simulations for one experimental setting

In this following experiment, consumers were able to rate their suppliers. Suppliers started with good behavior. After 30 rounds for bootstrapping the market, few random suppliers automatically adapt a bad behavior. The more beneficial a bad behavior is, the more other suppliers adapt this behavior. However, with the rating ability, suppliers readapted good behavior to maximize their benefit. Please be aware of misinterpret the figure. Since this experiments has been run several times and then consolidated, the correct interpretation of the figure is that in around 20% of the experiments, all suppliers adapted the bad behavior and lead to a broken market. 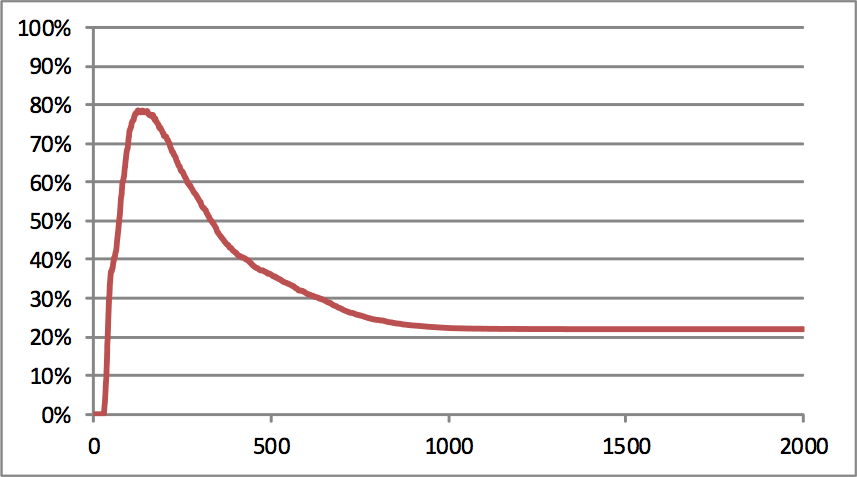 In this following experiment, consumers were socially connected. Suppliers started with good behavior. After 30 rounds for bootstrapping the market, few random suppliers automatically adapt a bad behavior. Based on the beliefs on others, trust about suppliers was inferrenced through the social network. In the vast majority of experiments, suppliers readapted good behavior strategies because being untrustworthy, suppliers cannot sell to consumers. 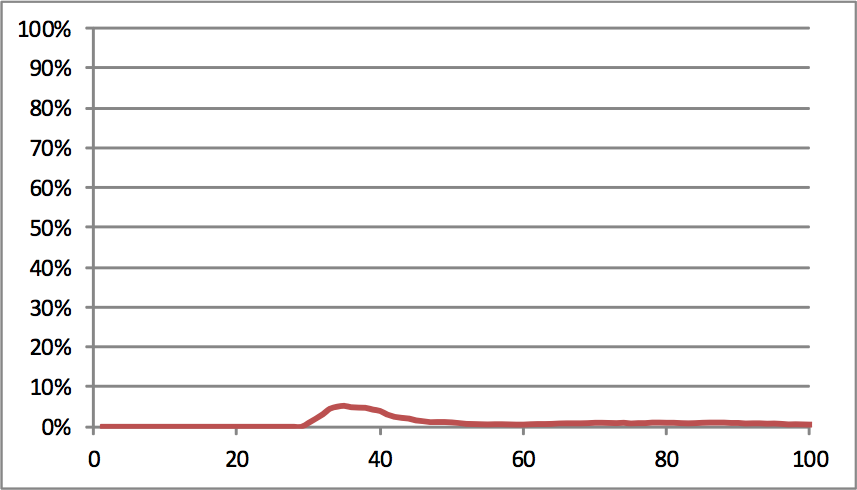 In this following experiment, consumers were able to rate their suppliers. Suppliers started with good behavior. After 30 rounds for bootstrapping the market, few random suppliers automatically adapt a bad behavior. Unfortunately, rating functionality renders useless against the rest on-the laurels strategy. The reason is that many positive ratings statistically outweigh few negative ratings. 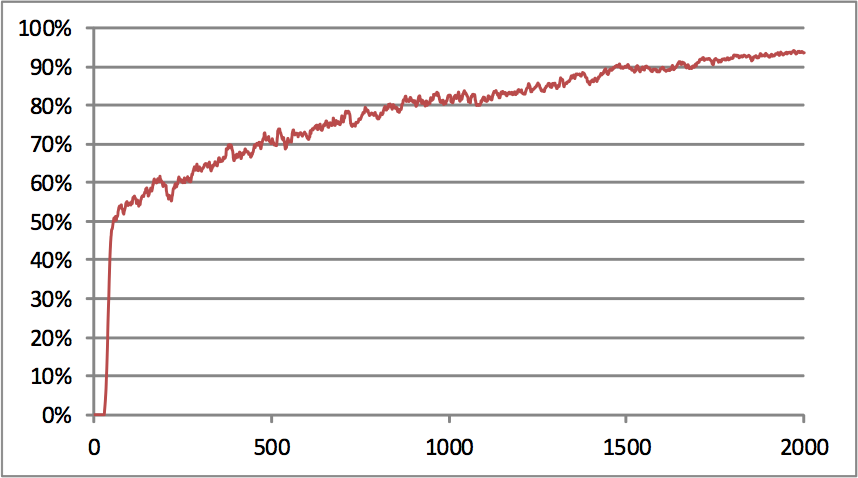 In the following experiment, consumers were socially connected. Based on the beliefs on others, trust about suppliers was inferrenced through the social network. After the bootstrap process of 30 rounds, suppliers started to adapt the “rest on-the laurels” behavior. After some time, suppliers started to readapt good behavior. Nevertheless, in 20% of the experiments, all suppliers adapter the bad behavior and the market broke. Compared to the rating approach, trust has a clearly better impact on the online market 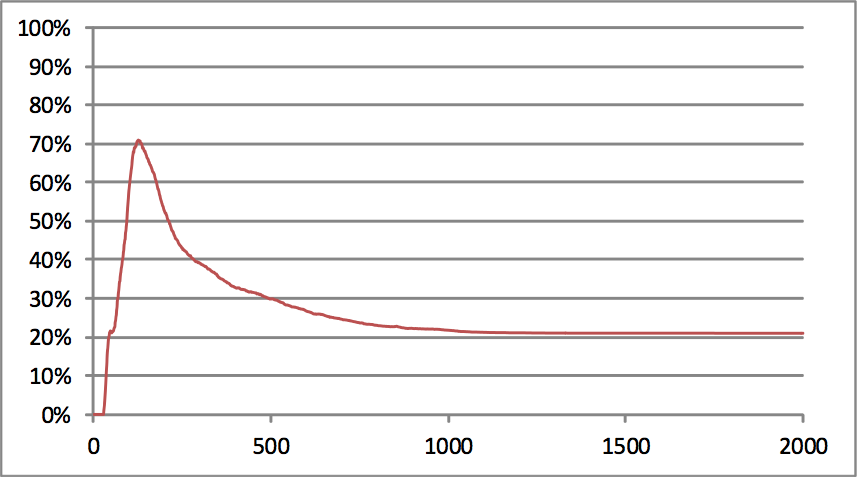 In conclusion, ratings and trust inferencing in social networks are essential for healthy two-sided online markets. Both tools are necessary but not sufficient to enforce healthy online markets.

Abstract of the master’s thesis

Online transaction platforms rely on the fair acting and behavior of the participants. It is a matter of two-sided markets, which needs both customers and suppliers to work. The transaction platform must provide the necessary trading conditions, that there is no abuse and does not cause migration of customers or suppliers. In the first part, this thesis investigates mechanisms that resist abuse provider strategies. For this purpose a game theory model of a transaction platform has been created. Measures (rating, trust, without protection) against abusive strategies were evaluated by using a simulation. The result of simulation shows that the application of the trust derived from the success of eliminating malicious behavior. On this basis, we have implemented a transaction platform TextKing which is already in use.